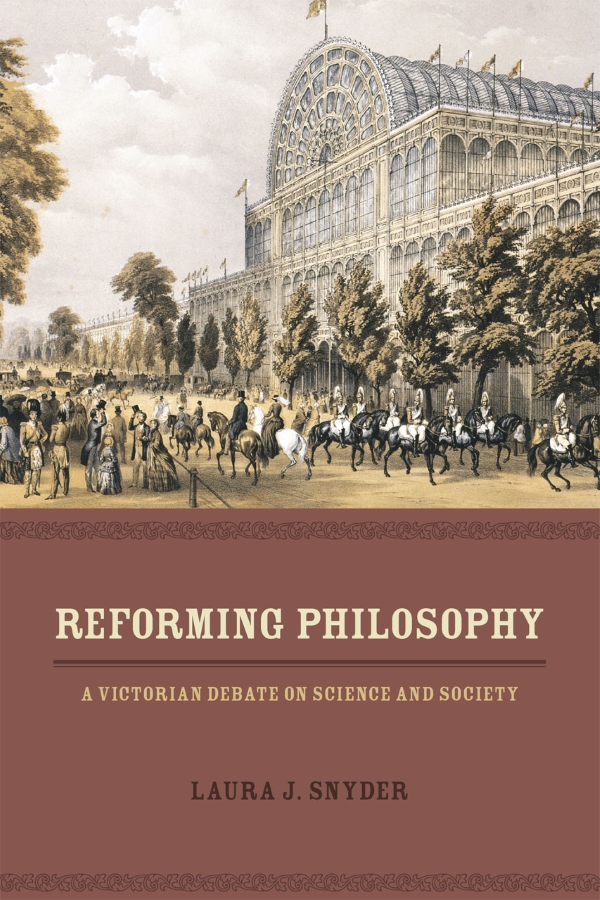 Reforming Philosophy: A Victorian Debate on Science and Society

The Victorian period in Britain was an “age of reform.” It is therefore not surprising that two of the era’s most eminent intellects described themselves as reformers. Both William Whewell and John Stuart Mill believed that by reforming philosophy they could effect social and political change. But their divergent visions of this societal transformation led to a sustained and spirited controversy that covered morality, politics, science, and economics. Situating their debate within the larger context of Victorian society and its concerns, Reforming Philosophy shows how two very different men captured the intellectual spirit of the day and engaged the attention of other scientists and philosophers, including the young Charles Darwin.

Mill—philosopher, political economist, and Parliamentarian—remains a canonical author of Anglo-American philosophy, while Whewell—Anglican cleric, scientist, and educator—is now often overlooked, though in his day he was renowned as an authority on science. Placing their teachings in their proper intellectual, cultural, and argumentative spheres, Laura Snyder revises the standard views of these two important Victorian figures, showing that both men’s concerns remain relevant today.

A philosophically and historically sensitive account of the engagement of the major protagonists of Victorian British philosophy, Reforming Philosophy is the first book-length examination of the dispute between Mill and Whewell in its entirety. A rich and nuanced understanding of the intellectual spirit of Victorian Britain, it will be welcomed by philosophers and historians of science, scholars of Victorian studies, and students of the history of philosophy and political economy.

Snyder’s book is history of philosophy at its best.

This is the definitive work and must be on the shelves of any library with pretensions to completeness about the [Victorian] age.

Brilliant. . . . [A]n exciting and comprehensive account of [the Mill-Whewell] debate. . . . Snyder’s outstanding study will be indispensable for commentators on Whewell and Mill. By providing a window on social, political, and moral issues, as well as those at the heart of scientific methodology, she also has much to offer historians of early Victorian culture. For historians of science, there is a bonus in that the receptivity of Whewell and Mill to Charles Darwin’s theory of evolution is also excellently discussed.

Snyder’s impressive achievement is not only to register a significant improvement in our understanding of the technicalities of this debate over the proper method of scientific reasoning, but also to bring the debate alive in a way that illuminates the whole terrain of mid-Victorian intellectual life.

The remarkable amount of contextual detail presented will render this volume indispensable to scholars of the history of the philosophy of science. . . . In this sophisticated and elegant intellectual history, Snyder effectively communicates complex ideas and rejuvenates Whewell’s philosophical legacy.

Snyder’s careful recovery of a process of knowledge-production through dialogue is compelling. . . . For those who want to understand Mill or Whewell, Snyder’s is an indispensable study.

Snyder’s great strength is in elaborating and refining our understanding of Whewell, but she does us an additional important service by situating the technical debates between Mill and Whewell in their political and social circumstances. . . . A strong contribution not only to a better understanding of 19th-century British philosophy of science, but of the intellectual foundations of that broader institutional reform as well.

Elihu GersonHistorical Studies in the Physical and Biological Sciences

The scholarship is everywhere evident, both in the history and in the way it relates, in often illuminating fashion, this older debate to more recent discussions, especially in ethics and in the philosophy of science.