In “Darwin and the Meaning of Flowers,” Sacks writes that the naturalist “interrogated” orchids, learning how plants and pollinators coevolve, influencing each other’s evolution. “You cannot conceive how the Orchids have delighted me,” Darwin wrote to a friend. When a Madagascan orchid was found to have a nectar-secreting organ almost 12 inches long, Darwin predicted the existence of a moth with a proboscis long enough to reach the nectary’s depths. The improbable moth was discovered decades later.

At the end of Darwin’s life, Sacks tells us in “Sentience,” he turned to the lowly earthworm, studying its habits and reactions to stimuli. “We have seen that when their attention is engaged, they neglect impressions to which they would otherwise have attended,” Darwin concluded. “Attention indicates the presence of a mind of some kind.” Soon, George John Romanes demonstrated that jellyfish have nerve cells and centrally coordinated motions, and Freud realized these cells were the building blocks of the nervous system in both invertebrates and vertebrates (including humans). Insects were found to have rich mental lives; they can learn, remember, think and communicate. Paper wasps recognize the faces of other insects. Even plants, Sacks reports, register “what we would call sights, sounds, tactile signals.”

From the mental lives of worms, wasps and jellyfish, Sacks turns to humans. He becomes his own best case study. As his deafness increased, we learn in “Mishearings,” he kept track of alterations in his auditory perception, recording what he comprehended in red, what was actually said in green and other people’s reactions to his misunderstandings in purple. He revels, as will readers, in the droll way his interests and experiences turned “tarot cards . . . into pteropods, a grocery bag into a poetry bag, all-or-noneness into oral numbness, a porch into a Porsche, and a mere mention of Christmas Eve a command to ‘Kiss my feet!’ ”

In two essays—“Speed” and “The River of Consciousness”—Sacks explores our perception of time. Is time continuous, a “stream of consciousness,” as James put it, or is it, as David Hume believed, “a succession of discrete moments, like beads on a string”? Sacks inclines toward the latter: “there is much to suggest that conscious perception . . . is not continuous but consists of discrete moments, like the frames of a movie.” The film of time can be slowed down or sped up under the influence of neurological disturbances, emotional duress or drug use.

Time writ large—that is, history—is the subject of “Scotoma,” the final essay. We think of history, including the history of scientific discoveries, as a sequence, a “majestic unfolding.” But Sacks believes it is “very far from being a continuum.” Instead it is a series of events, “just one damn thing after another,” in the oft-quoted phrase. We see rivers and movies where there are beads and frames because we try to make sense of the world by constructing narratives connecting these discrete moments. Storytelling, Sacks tells us in the essay “The Creative Self,” is one of our “primary human activities.” As this volume reminds us, in losing Sacks we lost a gifted and generous storyteller. 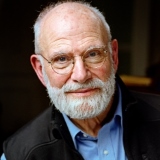 Curiouser and curiouser: A cup of tea with Oliver Sacks 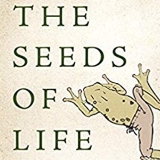 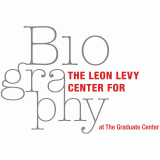 “The Secret Lives of Color” by Kassia St. Clair
Scroll to top