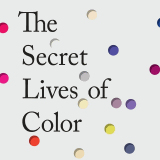 A catalog of 75 colors and their histories, from lead white to pitch black. Laura J. Snyder reviews ‘The Secret Lives of Color’ by Kassia St. Clair.

The Swedish apothecary Carl Wilhelm Scheele was studying the element arsenic in 1775 when he came across the yellowish-green compound copper arsenite and recognized its commercial potential as a pigment. Soon “Scheele’s green” was used to produce wallpaper, fabric, and artificial flowers and fruits. Charles Dickens was keen to redecorate his entire house in the fashionable shade. Fortunately, he reconsidered. People were dying from the arsenic-laced items: a child who sucked on fake grapes, a flower maker—even, reportedly, Napoleon Bonaparte, who perished in exile on St. Helena island in a damp room covered in green wallpaper.

Kassia St. Clair, a freelance journalist and a former books and arts editor at the Economist, recounts the tale of this perilous pigment in her charming book “The Secret Lives of Color.” The book’s short chapters—“something between a potted history and a character sketch for the 75 shades that have intrigued me the most,” as she puts it—grew out of a column she writes for Elle Decoration and retain the appealing conversational tone of a design magazine.

The impulse to catalog colors goes back at least to the Golden Age of the Dutch Republic in the 1600s, an era when people obsessively collected and classified shells, fossils and insects and displayed them in “cabinets of curiosity.” In 1692 a Dutch artist named A. Boogert created a sort of cabinet of color: a volume of 800 pages filled with hand-painted color swatches. Today’s version is the Pantone Color Guide, first published in 1963 and now the standard color matching system used by artists, printers and designers.

After briefly introducing some basic concepts related to color and vision, Ms. St. Clair takes her readers on a whirlwind tour through her own color cabinet, starting from lead white, a pigment that caused the deaths of women using it to enhance their pale complexions, and ending with pitch black, “the most fearsome kind of darkness,” a shade that evokes our fear of dying. Between these somber hues is a rainbow of colors and stories of the myriad ways they have tinctured human history.

Visitors to New York’s Metropolitan Museum of Art can admire the small ceramic figure of a bright green-blue hippopotamus (known affectionately as “William”) that was buried in a tomb on the banks of the Nile almost 4,000 years ago. At a time when the only readily available pigments were the earth-tone colors made from soil and clay, the ancient Egyptians made the first synthetic inorganic pigment. Although their recipe is no longer known, producing “Egyptian blue” probably involved a complicated process of heating chalk or limestone with sand and a copper-containing mineral such as malachite. The Egyptians used this color lavishly on walls, in papyri and as a glaze on objects—such as William—that were placed in sarcophagi as talismans.

When Vesuvius erupted in A.D. 79, it destroyed a city and its inhabitants but also preserved a room containing extraordinary murals painted on a background of vermilion, an intense red. The chamber’s inscrutable images—a nymph suckling a goat, a winged figure whipping a young woman—have earned it the sobriquet “Villa of Mysteries.” The extravagant use of the coveted color—made from finely ground cinnabar, a mineral form of mercury sulfide—indicates that the room was intended to produce awe, perhaps as a site for religious rites. By the fourth century, alchemists had begun to forge vermilion from mercury and sulfur. Because the volatile process by which they were combined released poisonous fumes, Venice banned the production of vermilion in 1294. The pigment was favored by medieval artists illuminating manuscripts and was, for a time, as expensive as the gold leaf they also used.

When Leonhard Fuchs, a Bavarian, was studying to be a physician in the 1500s, the systematic study of plants had been stalled for half a century. To rectify this, Fuchs created a garden filled with plants sent to him by friends and fellow scientists around the world. In 1542 he published a finely illustrated book depicting more than 500 plants, including many never seen by Europeans, such as the chili pepper. Almost 140 years after Fuchs’s death in 1566, an admiring botanist honored him with a plant name. Found originally on the island of Hispaniola, the fuchsia plant has double-skirted flowers in a variety of hues: white, pink, purple and red. The name fuchsia was adopted for the bright purplish-pink color of some blooms, and thus the botanist’s name lives on in a color he never saw, found on a plant he didn’t discover.

In the 17th century, the English philosopher Francis Bacon recommended a gruesome remedy for the “stanching of blood”: ground mummy. The substance bitumen, found in mummies, had been used as a medicine starting in the first century. Expeditions were sent to mummy pits to supply the apothecaries. Since both curative powders and color pigments were sold by them, Ms. St. Clair notes, “it is not so surprising that the rich brown powder also found itself on painters’ palettes.” The fine dust was mixed with a drying oil and amber varnish and used as translucent glazing layers for skin tones and shadows. Most artists did not realize that “Mummy brown” came from actual mummies. The Pre-Raphaelite painter Edward Burne-Jones was so horrified when he found out that he insisted on giving his tube a decent burial.

In 1856, William Perkin, an 18-year-old student at London’s Royal College of Chemistry, was trying to make his name and his fortune by deriving a synthetic version of tree-bark-derived quinine—the only known treatment for malaria—from coal tar. He failed to produce quinine but succeeded in getting rich by distilling the first synthetic dye: a pale purple-pink with gray overtones. Mauve became the favorite dress color of Empress Eugénie of France, bringing royalty-obsessed English society into “the grip of the Mauve Measles,” as the satirical magazine Punch declared in 1859. Thirty-two years later Oscar Wilde warned, “Never trust a woman who wears mauve.” By then, the shade was finished for the fashion-conscious.

Gamboge, the color of “old earwax,” was the solidified sap from the Garcinia tree in Cambodia (or Camboja, as it was once known). When the crushed pigment was “touched with a drop of water,” Ms. St. Clair writes, “these toffee-brown blocks yielded a yellow paint so bright and luminous it almost seemed fluorescent.” J.M.W. Turner and Joshua Reynolds dipped their brushes into gamboge. William Hooker, the botanical artist of the London Royal Horticultural Society, mixed it with Prussian blue to create the perfect color for depicting leaves. In 1926, the French physicist Jean Perrin won the Nobel Prize for experiments using the pigment: By showing that tiny yellow gamboge particles danced around in water, moved by its tiny constituents, he proved the physical reality of molecules.

The history of colors, it turns out, is the story of science as well as art. Kassia St. Clair’s entertaining book brings them both into vivid relief.